What are you watching on DVD?

Twin Peaks (original) from the start. Just got to end ep 7, great stuff.
'Believe nothing they say - they're not Biroc's kind.'
Top

Still on the Buffster. Just about to get to Angelus being unleashed. Can't wait. I am going to miss Jenny though, she was gorgeous and her and Giles had the best chemistry. Still what's coming is just so sensational.

I have to say Buffys season 1 still holds up as one of the best seasons of any tv show. It really hit the ground running and managed to get even better every year (well until 6, but even then I'm still looking forward to that, just to see how far the characters come from where they are now. I can't ever imagine the Spike I'm watching now one day being Buffy's boyfriend LOL.)

Just finished Buffy season 2. Did nothing today but watching Buffy LOL, have to have a break tomorrow and get some work done. Season 2 really doesn't hold back. Fuck me Becoming is still one of the best pieces of tv ever made IMO.

It's just so deliciously cruel in every way from Giles being tortured, Kendra's pointless death (and by extension life) Buffy being thrown out by her mother, and Angel's soul being restored just before she has to send him to hell.

I love how much it moved on in just two years. The season 1 finale in contrast was so kickass and innocent in a way. The villain was just a guy we hated, he was killed no fuss no muss, and the ending made Buffy more badass than ever, where as here she is kicked out and is completely broken.

Wicked Science: Sweet Dreams. When Sasha steals Elizabeth's thunder in a science project, she retaliates by making one of her nightmares come true. While this episode does make Elizabeth look even pettier than usual (now if that had been Dina, she'd have been gloating and lording it over her, but Sasha genuinely doesn't seem to be like that), this is still a really fun episode. It's interesting that the writers clearly have a plan in mind for the season, setting up new boy Jack as a possible antagonist so quickly as he continues to snoop around and even tries to create dissent in Elizabeth's ranks. And Elizabeth retaliates against Garth's attempt at rebellion by - er - giving him breasts! No, really!

On Buffy season 3. Eliza Dushku is just so breath takingly gorgeous and sexy, but I have to say Faith is a bit more unsympathetic than I remember. If I was Buffy I would have had no problem stabbing her to be honest. She was ireedemably evil when she was happy to torture Buffy as far as I'm concerned. (I know she later tortures Wesley and that's bad obviously LOL, but at least that was to provoke Angel into killing her. This was just sadism.) Still she is a great character and this season is brilliant.

I'm not sure if it's better than 2. I think that 3 doesn't have a single bad episode. Even supposed turkeys like Gingerbread I found to be great fun, whilst the best of the series like Amends and The Wish and Anne are some of the best stories the show has ever done.

Season 2 meanwhile had some real clunkers near the beginning like Reptile Boy.

That said series 3 has nothing as sensational as Angelus or the death of Jenny Calendar. Faith going evil was a bit more expected because she was always a bit of a wild card. The Mayor though is just as good a villain as any of the previous villains, and his relationship with Faith is as interesting as Spike and Dru's romance.

I like the way all of the villains have a kind of morality pet except for Angelus and Glory. Really helps them stand out as the worst of the worst. The Master had Darla, who was like a daughter to him, Spike and Dru had each other, The Mayor has Faith, even Adam has Riley, whilst Dark Willow obviously has Tara and Xander.

Can't wait to get to season 4 soon. I love that season, it's hilarious and so light hearted which is needed after the darkness of seasons 2 and 3.

Anyway lets appreciate the gorgeousness that is Eliza Dushku. 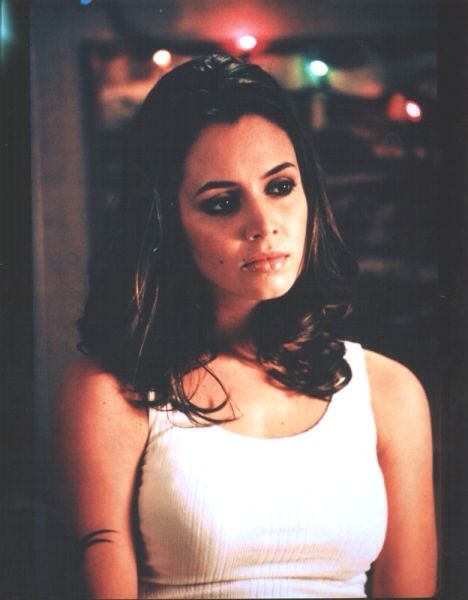 Tales of the Unexpected: Proof of Guilt. One locked room on the sixth floor of an office building. Two men, one shot dead. No other exits. No other suspects. But if it's such an open and shut case, what the hell has the killer done with the murder weapon? Roy Marsden guest stars in this great episode of the 70s/80s British anthology series, with a cool twist I didn't work out.

Miss Marple: Sleeping Murder. A young couple buy a house in the English countryside, but the young woman, who comes from New Zealand, begins to get the uneasy feeling that she has somehow been in this house before as a young child - and witnessed a murder. But digging up the past can be deadly... Another thoroughly enjoyable mystery from the Joan Hickson adaptations. Pure class.
Top

Onto season 5 of the Buffster. I'm going to take a break of a few days however as I am not getting as much work done as I'd like. I have to say I think the show is slightly beginning to lose its way this year.

The soap opera elements are perhaps becoming a bit too dominant. Also I'm going to miss the self serving, snarky Spike.

In some ways I think you can divide Buffy into two shows. Seasons 1-4 are very much an Evil Dead type show of Vampires are ugly, scary monsters, lets kill them. Season 5-7 meanwhile is more of a Vampires are sex gods, True Blood type of thing LOL.

I know Angel was there in seasons 1-3, but he was a special Vampire with a soul. Spike and Dru meanwhile were in love, but it was twisted and perverted. Spike being in love with the Buffster and actually doing noble things for her undermines Vampires evil somewhat, and on top of that I find even evil Vampires are presented in a more romantic or sexy way this year and in subsequent seasons like the rebel Vampire posse, though at least we get the Turok Han.

Still Glory is one of the shows best villains. Even in her first episode she stole the show. Crazy, violent, menacing, hilarious and sexy as fuck. She definitely boosts the series.

Taggart: Nest of Vipers. Following the discovery of the skulls of two young women, a research lab is broken into and a number of deadly snakes and spiders stolen - which are then used to try and prevent the victims ever being identified. One of the best - and scariest - Taggart stories, with a dark ending, real sick puppy of a killer, and some pure nightmare fuel scenes. You'll check your bed before getting in it after watching this one!

This also has some familiar Who guest stars including Michael Cochrane and Geoffrey Beevers - and blink and you'll miss her as a shop assistant - a young Michelle Gomez!