What about the Highlanders makes it too complex?

Logistics, the number of character, settings and costume changes, IIRC. I imagine the Crusade would be the same
Top

Mine was delivered just in time for my 2 days off. 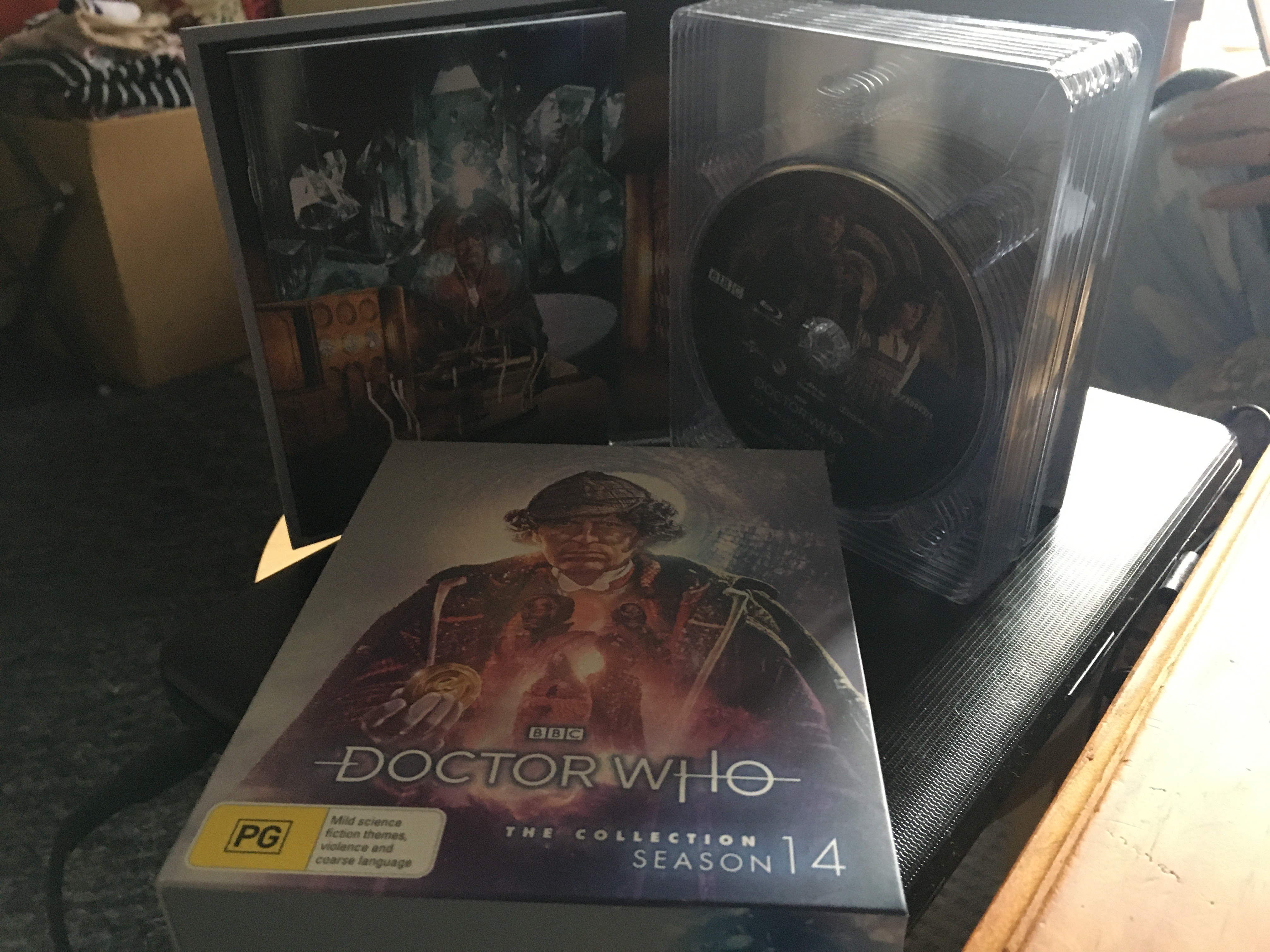 Since Season 14 blu ray is due for re-release - due to "unprecedented demand" - by end of month in the UK, am hoping to see it soon. May be interesting what they've done with Weng-Chiang as new cgi effects for the rat are apparently included. Not that the rat ever bothered me too much in the original, it's an excellent season anyway.
the true Who the whole true Who and nothing but the true Who
Top

Any news on Fury from the Deeps release yet?

Not sure when Fury from the Deep is out yet and am certainly looking forward to that one! But I have just now dipped into the newly released Power of the Daleks Special Edition. I was rather dubious to say the least about upgrading this animated story from the previous version that came out originally in 2016. I mean it does smack a bit too much of a ploy to screw yet more money out of us. But I have to say this new animation does look a worthwhile improvement as it seems to have been tweaked and in some cases replaced to generally good effect. Power is such an enthralling and key story anyway that it really deserves to be seen in the best form available. Watching it now really does bring home the sheer superiority of the old "True" Who especially in the wake of the atrocious "you know Who" of more recent times.

Not watched all of the extras on this yet but there's certainly plenty of them. The "I Don't Like My Monsters to Have Oedipus Complexes" episode of Whicker's World is a particular delight for horror fans. The Terry Nation segment is featured in this of course but there's also stuff I'd never seen before including little interviews with a relaxed and smoking Christopher Lee as well as a splendidly sultry Barbara Steele. There's also a rare glimpse of Milton Subotsky talking about the possessed piano from Torture Garden and other interviews include Screaming Lord Sutch. Some slightly adult themes being discussed presumably meant that's why this dvd warns of "moderate sex references, brief gore, mild violence, threat" alongside its UK 12 certificate rating - that's not something I'd normally expect applied to an old Patrick Troughton Dalek story release!

I’m just watching the Faceless Ones reconstruction and noticed something.

Instead of the Jodie Master on a poster next to Delgado’s, it a picture of the Monk. Has that been changed pre or post original release?

The Fury From the Deep animation is out September 14.
Top
Post Reply
970 posts